Peter Eddy ready for next challenge 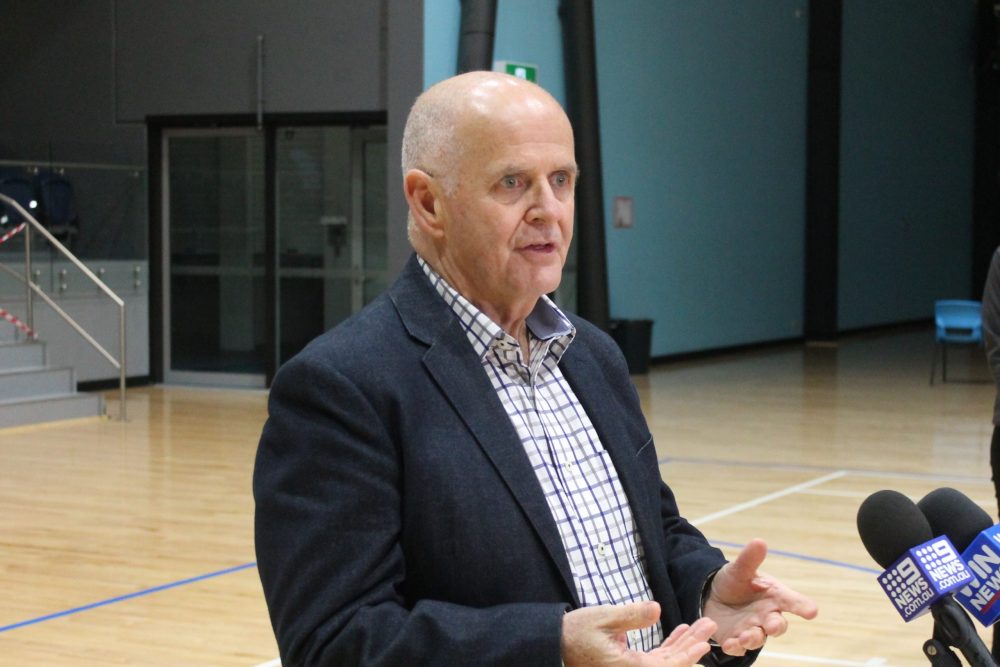 The veteran sports administrator is eyeing off a seat at the big table in town hall’s council chamber.

As to why he’s put his hand up to run at October’s City of Ballarat elections, the answer is reasonably simple.

“At 64 I didn’t feel that I was ready to retire completely from community life and engagement,” Mr Eddy said. “I looked around for something that I felt would stimulate me and hopefully where I could make a positive contribution.

“Coming from a CEO background I report to a board and I work with a very progressive and successful board.

“As one of nine members of council we should be a team and I hope that I can bring to the table a sense of collaboration that encourages people to work for the good of the city.”

While Mr Eddy is a political cleanskin, this is the first time he’s run for public office, if elected it won’t be his first interactions with governments.

With three decades at the helm of one of the region’s biggest community sporting organisations, Mr Eddy said the experience has given him good insight into how government works at all levels.

“When I started to turn my mind to this opportunity to stand, I did look back on all my interactions across local government. Not only with Ballarat council but part of our lobbying for funding for B.SEC involved getting support across all the Central Highlands councils,” he said.

“Learning how to work in that space with elected officials but also key staff has been, I think, a benefit to my understanding of local government.

“Working across Federal and State government levels in the last eight to 10 years, and lobbying for funding, we’ve built strong networks but also learnt by that you need to persistent and patient, because not everything happens today.”

While many candidates enter politics with ideological agendas and even backing from political parties, Mr Eddy said he was free of that baggage.

“One of the first lessons I’ve learned in becoming a fairly effective lobbyist, and what I prided myself on, was giving the same information, opportunity, and level of respect to both parties equally.”

As for what he’d do if he was elected, there’s a range of citywide and North Ward specific issues on Mr Eddy’s radar.

They include municipal services, transport, growth, attracting people to the city, and environmental suitability. Yet all those ideas and more have been informed by his activities and interactions over the last few months.

“The first thing about going on council is I don’t pretend to know everything that the city needs,” he said. “Any person coming into this role should be prepared to come in to listen.

“And that’s what I’ve been doing. I’ve been engaging across a range of community groups, business and community leaders, not-for-profits, just to get a sense to what people see for the city.”

On a hyper local level, issues facing North Ward that Mr Eddy sees as key include making sure the whole riding, which runs out to Waubra and Smythe’s Creek, isn’t forgotten.

“It’s important that the small road near Ascot is serviced as well as Sturt Street,” he said. “Different demands, different needs, but as long as they are all considered fairly and given equal opportunity.

“There are certainly major projects that we need to attend to, but we shouldn’t forget the smaller things that need to happen.”